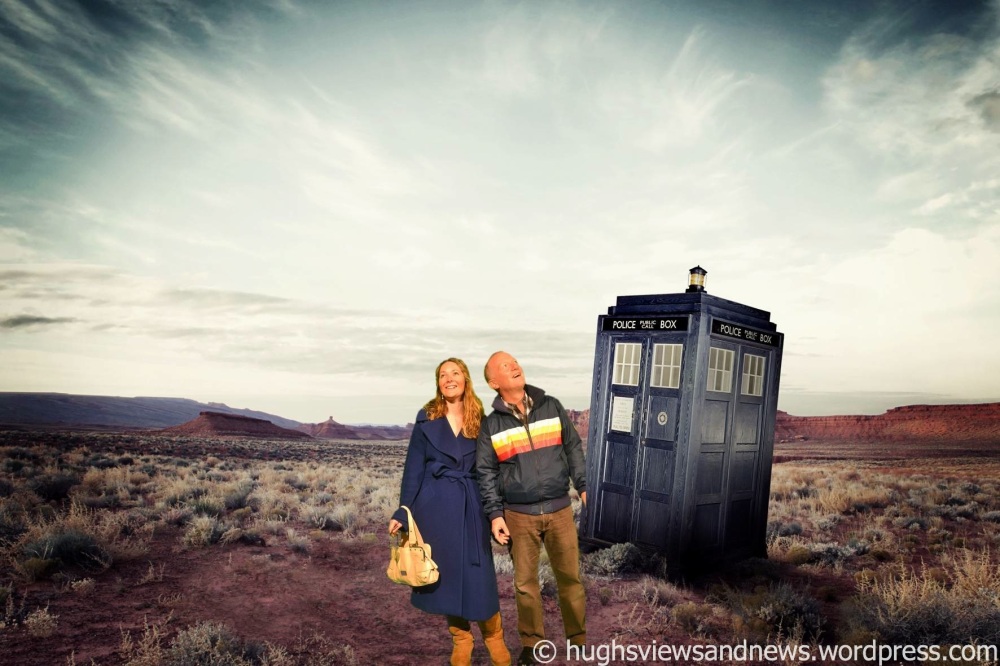 The countdown is well and truly underway way to the next new episode of Doctor Who which, here in the UK, is being aired on BBC 1 on Christmas Day.

I’m such a fan of the series that, when it’s on TV, nobody dares speak, cough, sneeze, eat, or fall asleep and start snoring! The only other programme where all of that applies is The Eurovision Song Contest!

I only know of one other blogger, Mr Steve McSteve Face himself, who is a Doctor Who fan (probably a far bigger fan than I am – or is that because of all the chocolate he eats?) and although many of you may find it rather sad that Saturday nights for me, when Doctor Who is on, mean one thing (well OK three things, if you count my passion for all things glittery and Craig Revel Horwood!) Doctor Who, to me, is like the best thing since Oreos and Jammy Dodgers (I’m a serious biscuit Dunker – but that’s another story).

Although the Christmas special isn’t so far away there’s still lots of Doctor Who to keep Whovians happy – such as the great new spin off, Class…

A few years ago, I went along with my niece to the Doctor Who Experience in Cardiff, South Wales. I had a brilliant time, not so sure if my niece did, but she was the only one prepared to go with me. I think she felt very sorry about the idea of me wandering around the Tardis all on my own. She needn’t have worried though, because I was surrounded by a lot of other avid Doctor Who fans.

The whole thing was pretty spectacular and we ended up having the above photograph taken. It got me thinking about where I would ask Doctor. Who to take me if he ever asked me the question “where would you like to go, Shuggy?”  That’s a question he has asked many of the various assistants and companions he has had travelling with him over the years.

I’d have to have a long hard think about where I’d like to go, but what about you? If you were lucky enough to find yourself in the Tardis and were asked by the Doctor “where would you like to go?” what answer would you give him, knowing that you had all of time and space to choose from and that he would bring you back safely to the present?

Leave me a comment and let me know your answers. I’d love to know where you would all want travel to.

“Thanks to Hugh for his latest “Hugh Says…” post – check out his awesome blog – and buy his book!”

Leave a Reply to Hugh's Views and News Cancel reply