I passed my driving test in February 2016 and ever since that day my “driving life” has been full of misadventures.

As soon as I passed my test I ordered up a brand new car, which I’ll talk about in another post, but it wasn’t to be ready for a week or two. However, It was suggested to me that I should get behind the wheel as soon as possible. So – I hired a car!

I’m not sure if the company I hired the car from should have actually let a brand new driver hire on of their cars or not but  – who cares, right? I had temporary wheels!

Greg drove me to the hire place, I got all the paperwork done and the assistant done the quick intro and checks of the car. Greg then got back into his car.

WHERE ARE YOU GOING?

It finally hit me that I would be in a car, driving, with no instructor, no backup controls and no one to guide me!

I pleaded with Greg to stay with me but by that time we were already getting funny looks from the staff and he didn’t think it would be a good idea to leave his car there while we both drove off in the hire car.

I HAD TO GO IT ALONE

We agreed that I should at least drive the car, on my own, up to the nearby supermarket car park and from there Greg could get in with me and we could go on a little drive together.

Greg drove off. I got in the car.

I started to get myself ready. I put on my “driving shoes”, I put on my glasses, I took off my glasses and gave them a clean, I got some chewing gum – I basically done everything I could think of doing in order to delay the actual driving part of being in a car.

I was aware, perhaps just my imagination, of everyone in the hire office watching me thinking what the hell is this guy doing? I had to go! I had to just “suck it up” and get on my way.

I made sure I knew where all the controls I would need in the short journey between there and the supermarket were. Sod the window wipers and the windscreen de-mister button – it wasn’t raining and it was cold as fuck. I started the car and made the car move to the exit.

Now, all I had to do was turn left, while crossing the road and then it was pretty much a straight road to the supermarket. I applied the left indicator and waited for a space to join the traffic. Usually, indicators just make a kind of ticking noise but, on this occasion, as I was crossing over the road there was also an extra noise that sounded like “fuck, fuck, fuck”.

I did successfully join the traffic and I was on my, not so merry, way. I had actually walked this route many times but it’s crazy how different everything is when you are driving it for the first time. Pedestrians don’t do traffic lights, pedestrians don’t do roundabouts, being a pedestrian is great! This time I wasn’t a pedestrian. I had to do the traffic lights, I had to do the roundabouts and despite my fears I did do them. I thought for a minute, I’m no pedestrian and I’m still great. I was shitting myself, but I was doing it – I was driving on my own!

I got to the supermarket car park without hitting any shopping trolleys, shopper’s cars or, I guess, more importantly – actual shoppers. I saw Greg’s car and quickly performed “Steve Parking” (more on that later). I turned off the engine and breathed a huge sigh of relief!

It’s still kind of a blur what happened next but basically we went for a short drive around the local area, which again was an area I knew very well, but driving it was a whole new world!

It was scary. I’ve never said the word c**t so much in my life. Greg was very patient (and pretty much holding on to his seat for his life) but I did it and I got over that first driving hurdle!

After returning to the car park the next task/chore/fucking nightmare situation was to drive home and to do that via Greg’s mum’s house.

One thing immediately came to the front of my mind… 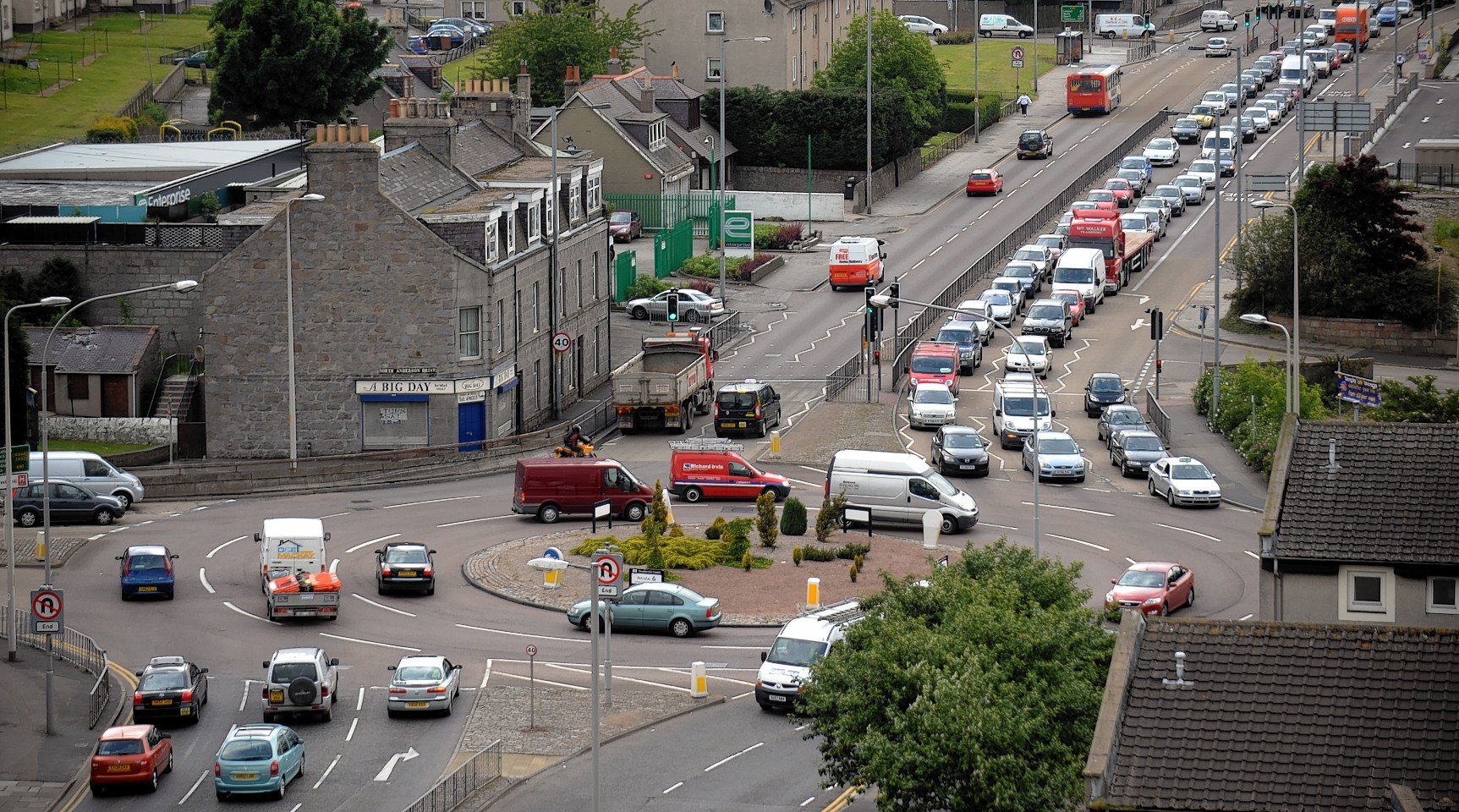 Anyone who has ever been to Aberdeen will know this “roundabout” – its one of the worst in Scotland and is, to this very day, still my nemesis! Luckily it was a Sunday and traffic was quieter so my screaming while going around the roundabout was also quieter! It wasn’t so much a case of “scream if you want to go faster” but more like “scream just when you go”.

However, nothing in my “driving life” goes smooth so even although Greg had told me what to do once I got on the dual carriageway and what lane to go in he hadn’t realised that due to all the works going on for the bypass that the lane he had told me to stay in all the way…

Well, oh my god! I had traffic cones with flashing tops coming at me left, right and centre and I had to adjust lanes last-minute real quick. Wasn’t there warning signs, you might ask? Yeah probably – but how was I supposed to see them when I’m gripping the steering wheel as if my life depended on it and had my face pressed up against the windscreen like Mr Magoo and focussing only on the scary cars in front of me. At least I now realised what my rear view and side mirrors were actually for. 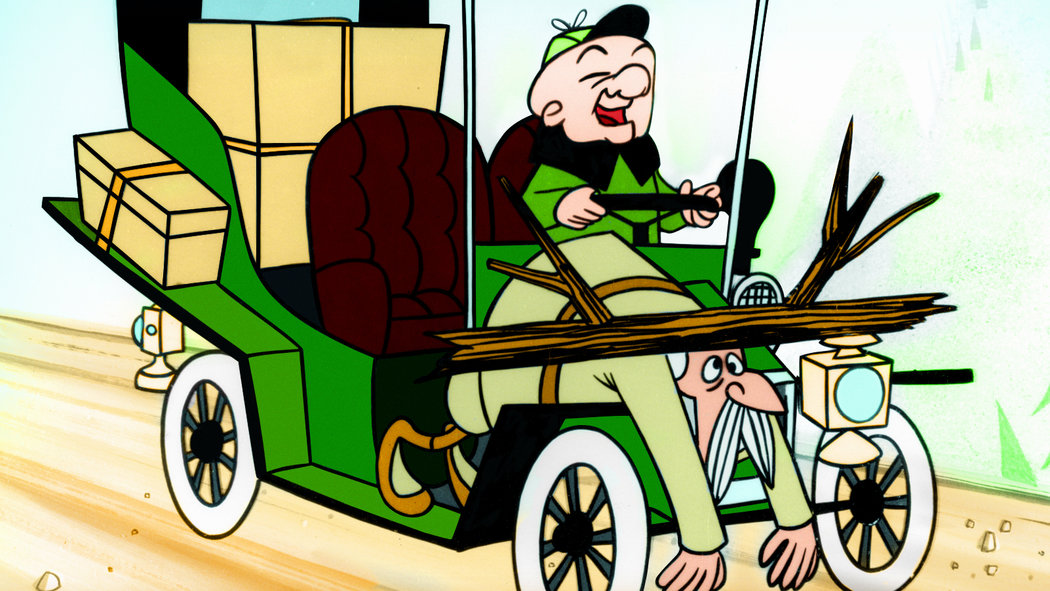 Is it just me or when you are learning to drive – do you just look at the mirrors because you know you have to and realistically there could be a UFO pulling up beside you and it wouldn’t actually register with you so long as it looks like you’ve looked. Because, obviously if there was something wrong then your driving instructor warns you and grabs the steering wheel?

Just me? Surely not!

I quickly learned their real purpose and I changed lanes safely whilst avoiding any projectile flashing traffic cone incidents.

From then on  it was a reasonable drive until I got to Greg’s mum’s house where you have to park on the street I.e. parallel parking. Which, in itself was fine as I had done that particular manoeuvre heaps of times during my driving lessons and I got quite good at it. Good at it that is when I was parking on the left side of the street. I drove into Greg’s mum’s street and her house was on my right. Wtf? Why would you have a house on my right hand side when I only know how to parallel park on the left side. So, so, so inconsiderate of you Greg’s mum! Anyway, after carrying on driving for almost an entire mile and then doing a “100 point turn” next to a farmhouse just so I could come back down Greg’s mum’s street and parallel park on the right hand side i went into Greg’s mum’s house to be greeted by a sarcastic round of applause.

Usually when we go to Greg’s mum’s house, Greg was the driver, I was just the passenger and his mum loved making sure I had a big glass of wine which never really runs dry.

“Shit yeah, I need one after that experience….oh, hang on…NOOOOOOoooooo, I have to still drive home”

To say I was gutted is an understatement! The coffee I got instead might as well been a cup full of dog shit – that’s just the way I was feeling. 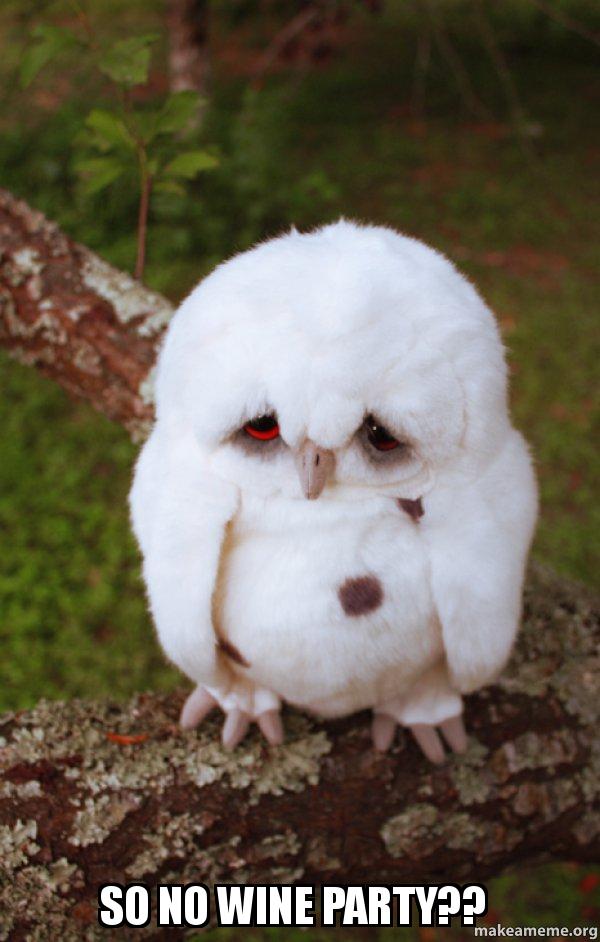 Time went by and before we knew it, it was almost 3 o’clock. It was February in Scotland which meant darkness was coming. I looked out the window and my usual, normal thought of “oh it’s getting dark”, this time came with almost a billion alarm bells!

Driving. Dark. My Full beams. Where’s the switch? Blinded by other full beams. Deers on the road. Clowns (well perhaps not clowns then – but yeah fucking clowns if it was today!). We had to leave now! It was now a case of getting home before the sun went down. There was nothing romantic about driving off into this sunset – it was literally “I’m going to beat you, you bastard”. Anti-vampire driving at its finest!

The final part of the journey was reasonably uneventful and I got home safely. Greg has an electric car so his car has to go in the driveway so it can charge, the garage is full of shit so no cars get in there so I had to park in another space. I drove in to the space, stopping when I hit the kerb (that’s what you do when you’re parking and have no parking sensors, right?)

I’m not quite sure I even made it past the garden before I had a very large, very deserved and very quickly refilled glass of wine!

Check out more of my “Adventures In Driving”!

43 thoughts on “ADVENTURES IN DRIVING: The First Day Of The Hire Car”